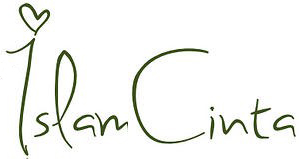 In the end of February 2016, the LIPI (Lembaga Ilmu Pengetahuan Indonesia, or the Indonesian Science Institute) released a shocking discovery. In one of their researches they found out that most of the university campuses in Indonesia are “radicalism emergency” due to the seeping power of radical network into students’ organizations. Anas Saidi, a researcher from LIPI, explained that student’s organizations that endorse the khilafah concept and doubting Pancasila are radical movement’s network seeping into campuses.

In his research, Saidi said that students from exact sciences majors are often easier to be influenced by radical concept compared to those of social-humanities majors. Based on his research Anas Saidi recommend the government to intervene this phenomenon through the Ministry of Religion, Ministry of Culture and Education and Ministry for Research and Higher Education to reformulate the curriculum and education system in Indonesia.

As far as my observation concerned, students organizations that become agents to radical movements are tend to carry the khilafah (caliphate) system as an imagination of a strong country system. The activists are also tend to reject Pancasila as the philosophical foundation of the nation. Ironically, there is no guarantee that the changing of philosophical foundation would make this country more sound and stable.

Students and Religions: the perspective of love

How do students learn to apprehend (a) religion? For all of these times a lot of student movements tried to apprehend religion by interpreting it in political and a violence-packed prejudice, plus an array of complicated, tiring conspiracy theories, therefore it is crucial to shift their perspective in interpreting religion, by the perspective of love.

Concomitant to this study, John D Caputo wrote an important book on understanding the perspective of religion. The book titled On Religion (Routledge, NY: 2001) translated and published by Mizan (Bandung: 2013) under the title of Agama Cinta, Agama Masa Depan. The strong point of the book is when Caputo questioned the doctrines of the world’s religions, dived into the traditionalism-secularism and proposed the concept of “religion of love” as the answer of mankind’s quest.

Caputo wrote: “The idea in this book is how to move beyond the border of literality, fundamentalism and totally fake superstition, without having to repeat the enlightenment critics to religion that despises religion. A religion without religion, however, needs a religious truth, but the kind of truth that differs with the jargon ‘the right religion means my religion is the one and only one that is right’.”

Religion in plural form is unique, and constitute an oasis of characteristic religious practice and narration, and according to my opinion becomes a witness to myriad way in loving God, without an exclusive claim of truth.”

“Any religions would be much better without the idea that it is ‘the only righteous religion’ and the other ones, as if several religions are in a contest to get rid of each other for the sake of religious truth. They have to do ditch the idea of ‘the righteous religion’. They should stop broadcasting negative advertisements about other people’s religion or other less religious people, and they need to bury the habit of claiming that their specific faith is the most fitting too the reality out there.” (2013: 137)

According to Caputo, religion is the love of God, “God is love”, which is the religious core. Therefore it might be interpreted what Agustinus meant, that when we love something, anything at all, it is God that we love, no matter how difficult it is. Or, it could mean—like the French feminist-philosopher Luce Irigaray said—that love is a celestial power, a celestial milieu that drive lovers to each other’s arms and let them make love (2013: 157). Caputo keenly dismantled religion interpretation and doctrines that all these times were perceived as the religious society’s freedom of thinking.

Of course, Caputo’s most important offering in this book is how to successfully build a strong perspective on love in religions. Religion with love, would make one’s interpretation and religion movements much more humane.

How does Islam perceive love? Haidar Bagir, one of the notable Islamic thinker, revealed that, “Love never fails in facing difficulties, no matter how big, for love resolve loneliness and solitude, no matter how intense. Would a soul that lost himself in making love to God, Most Gracious, Most Merciful, and at once Almighty—feel lonely? Could a soul who make his life an oasis of love to others feel lonely?” wrote Haidar in his book, Belajar Hidup dari Rumi (Noura: 2015).

Through this book, in a clear view Haidar Bagir present a story about yearning and love, by learning from the Sufis tic thinking of Maulana[i] Rumi. “Poetry is a rough notations of the music that is the whole of us,” said Jalaluddin Rumi that cited by Haidar. From the 270 poetry excerpts given in this book, most of them teach about the essence of love and life.

Rumi’s poem in this book feels fresh for understanding the complex furrow of life. “Be a lantern, or a lifeboat, or a ladder. Help healing one’s soul. Go out of your home like a shepherd,” said Rumi. In other verse he contemplated, “Reach for the rope of Allah. What is that mean? Put aside egoism. Egoism send people to prison.” (2015: 208). And this explosion: “Love is God’s endless ocean. But, how astounding, thousands of souls drowned in it, yelling: “There is no God!” “ (2015: 107).

If we perceived religion as love, as a love-based faith, there would be no crevice for hatred. Understanding religion with the language of love, is understanding people with compassion.

At this point, radicalism could be muted with love-based religion values. Students’ regeneration through movement networks or organizations need to understand that Islam is the religion of love, and not the religion of violence.

[i] A courtesy title for Muslim leader or scholar

Bahasa Indonesia version of this article has been published in Islami.co as a part of Wahid Foundation's Media Syndication Program.